Thank you very much for the request.

You will be contacted as soon as possible.

We have sent an email to the following address to recover the password:

Your data have been changed successfully.

We've sent you a confirmation email to the new address. To activate the change click confirm.

Attention. It is impossible to make registration. Already existing account.

FOR YOUR REGISTRATION REQUEST

To access the services, you have to confirm your account via the mail you received after submitting your data.

If you have not received the confirmation e-mail, we suggest to check the SPAM folder

You are going to cancel your account permanently. Are you sure?

There was a problem with the modification of your data.

Thank you very much for registering.

You will be sent, to the address you entered, an email to confirm your registration. 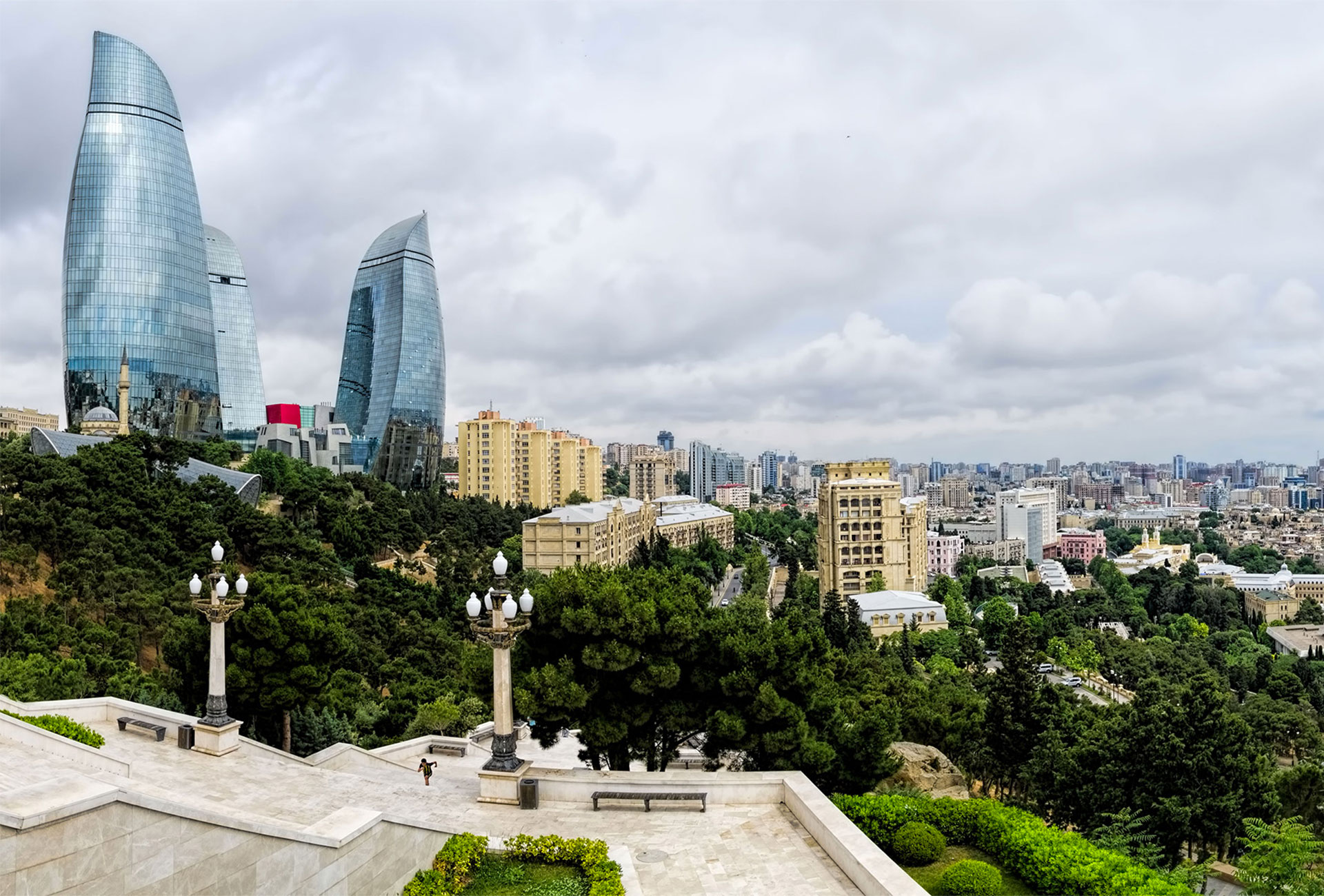 A TRIP TO AZERBAIJAN: BAKU, BETWEEN EAST AND WEST

A glance at its skyline is enough to understand that the city of Baku will soon be a capital of architecture: it has the potential, the desire and the vertical momentum. Some people define it as a second Dubai, with which it has in common the view on the sea and very high sinuous and twisted buildings that outline its profile. But there is a substantial difference between the Arab metropolis and this mysterious port on the Caspian Sea: the capital of Azerbaijan has built its contemporaneity on ancient bases, those of a prestigious city of the East surrounded by stone walls that preserve intact mosques and historic buildings, such as the Maiden tower or the Shirvanshahs monumental complex.

The artistic and cultural fascination of Baku lies in knowing how to keep together all the epochs that it lived, in a sort of orderly accumulation. From large squares with a Soviet imprint, evocative alleys of Parisian style start out, from the bustling of the markets to the Modern Art Museum, from the sand-colored ruins one glances up to the skyscrapers. Baku at sunset turns. In fact, at sunset, three huge flames light up on the head of the carpet vendors, on the tables of tearooms and on the tandoor ovens where they bake bread. The Flame Towers become incandescent like fires moved in the wind thanks to a chromatic play of 10,000 iridescent LEDs.

However, Azerbaijan has started to really look to the future at a certain moment: in 2012, when it opened the Heydar Aliyev cultural center designed by Zaha Hadid. With this architecture the capital has found a new nucleus, completely candid, without lines or angles, designed for the coexistence of knowledge. This was followed by the construction of other colossal works, such as the Olympic Stadium inaugurated for the 2015 European Games. Here you can see the lounge area hosting the Baxter furnishings. These images make us feel part of an important change, that of a small nation unknown to many, but destined to become great. Although a trip to Azerbaijan has never been one of your priorities, we hope it will soon become: this country of dancers, chess players (the most famous were born here) and carpet merchants, today it is really ready to receive tourists in its big hotels, like the Shah Palace or the Fairmont, housed in one of the Flame Towers. 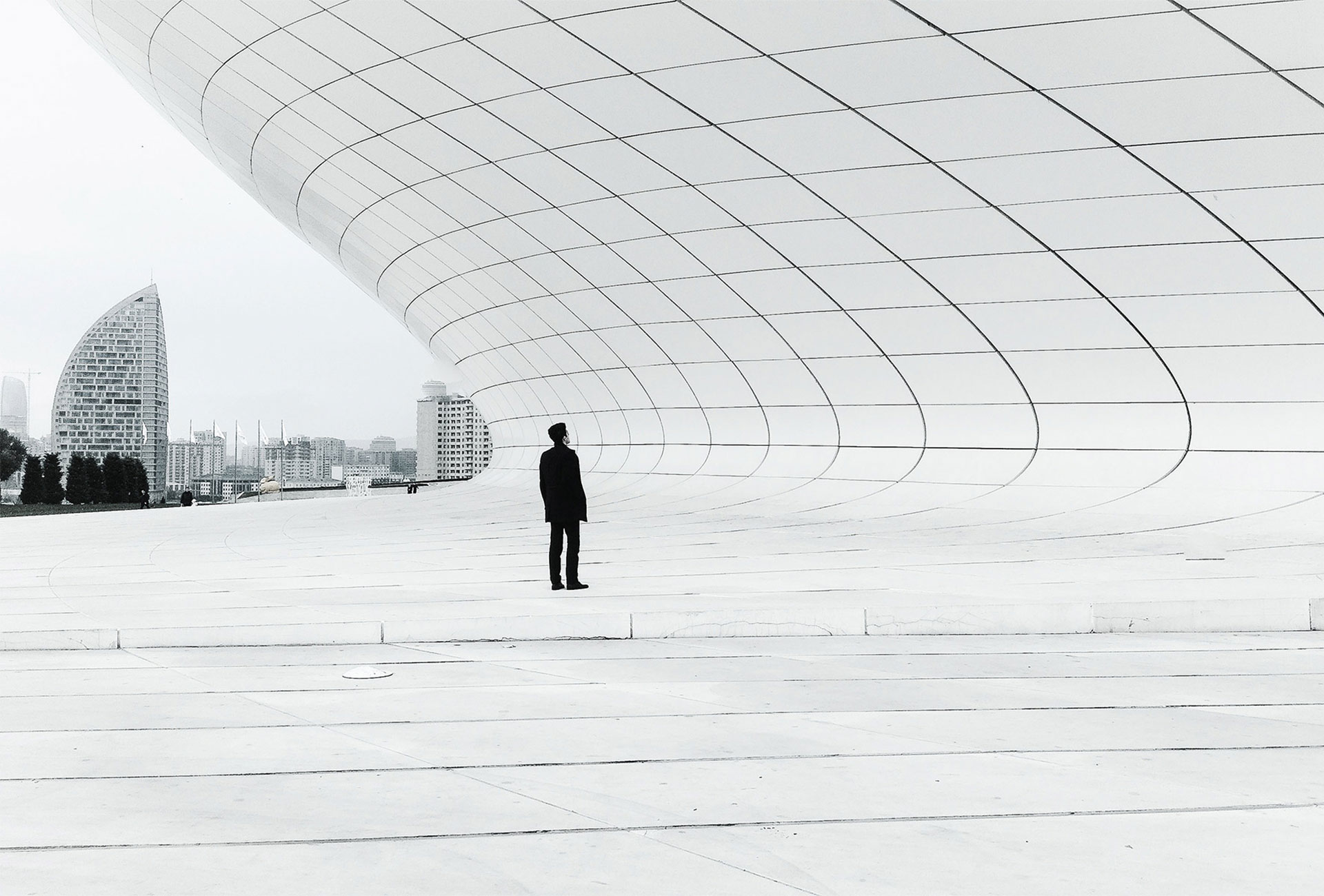 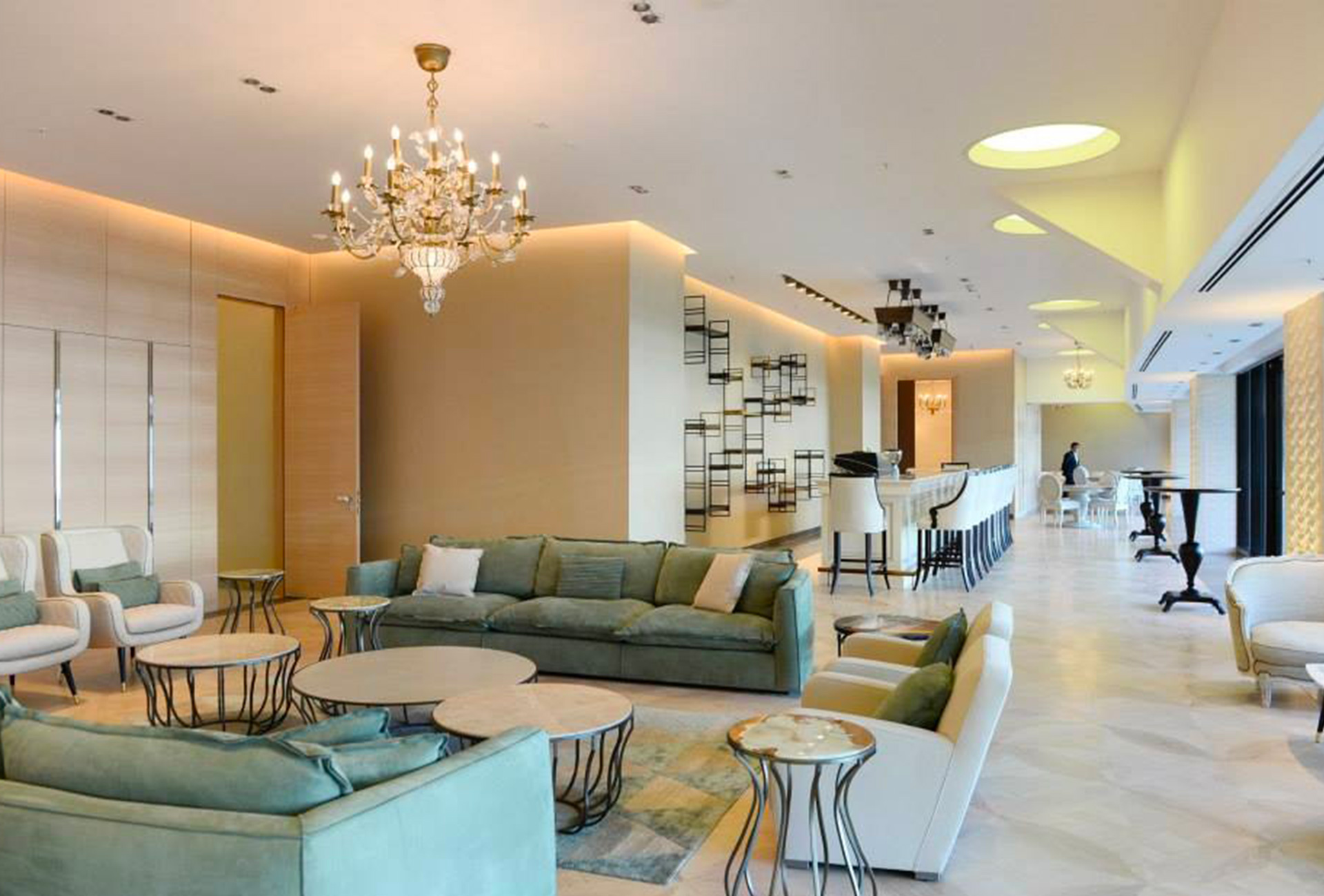